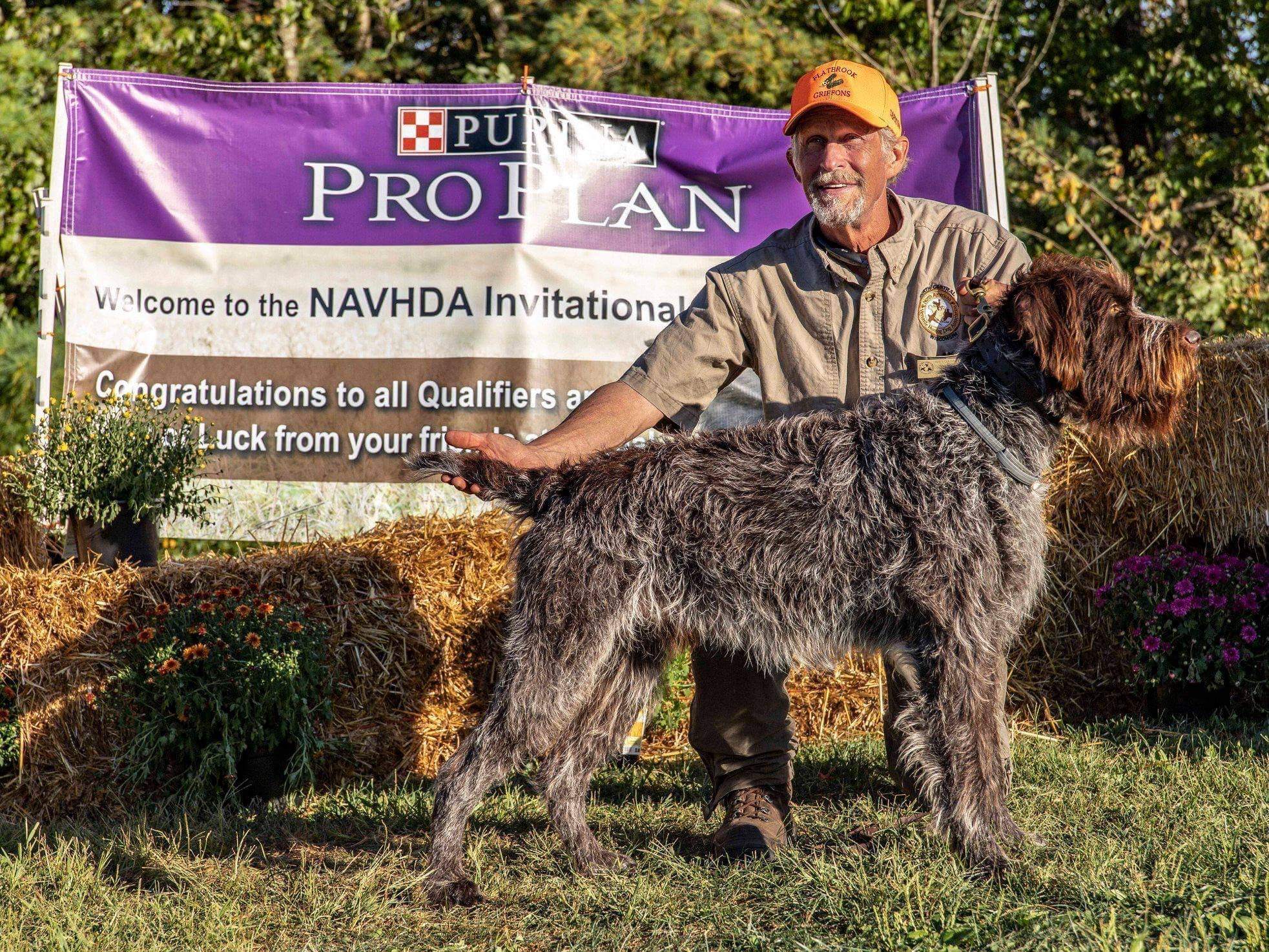 We are thrilled to announce our 2023 planned breeding with Flatbrooks Walker out of Wisconsin. Walker is a star-studded male WPG owned by Gary Nilsen of SugarPine Griffons.

Walker is possibly the most titled Griffon in the nation, certainly one of the most (see below). Moreover, those who know Walker report that he has one of the best temperaments at home they've ever seen in a griff.

He has sired many litters and proven to pass on his exceptional hunting traits. We are grateful to Gary for the stud service and professional and friendly support along the way.

VC CH Flatbrooks Walker MH has an astounding record of awards and titles. Let's explain what those titles in his name represent!

The CH stands for  AKC Champion . An AKC Champion is a dog that has earned a championship in American Kennel Club conformation events intended to identify which dogs are closest to the ideal of their breed.

VC stands for NAVHDA's Versatile Champion field test, which is their highest award. Looking at all of the NAVHDA field tests, Walker scored a Prize 2 - 107 points in the Natural Ability test, then passed the Utility Test with a Prize 1 - 198 points, and finally went on to pass the International Invitational with 198 points, making him a Versatile Champion.

In addition to the tests above, Walker was awarded by the AWPGA (American Wirehaired Pointing Griffon Association) in 2020 for Field Dog of the Year and was entered into the AWPGA Hall of Fame in 2019.

Lastly, you'll see in the pedigree below that Walker comes from star-studded lines in NAVHDA and AKC tests, boasting four VC's and two CH's within three generations. 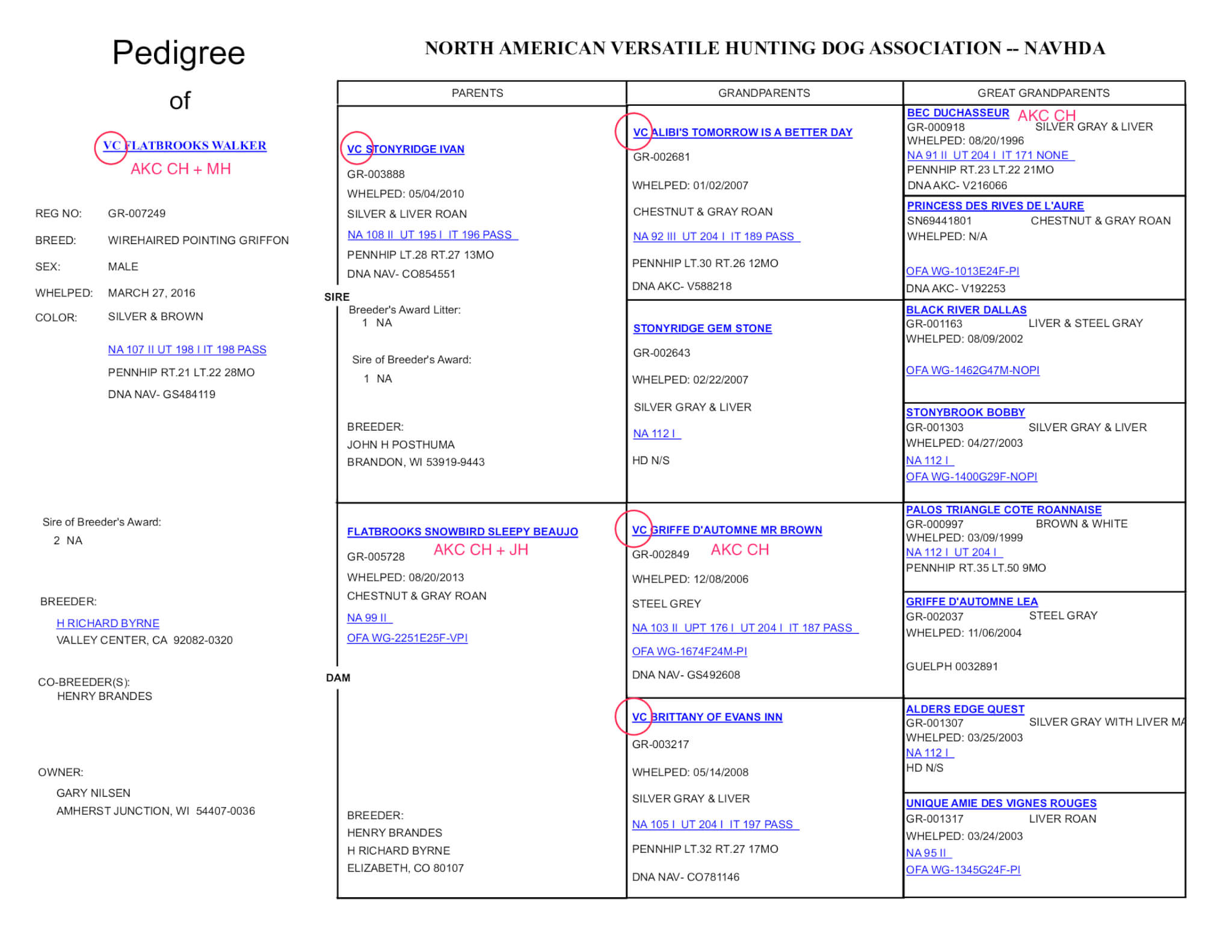 Walker has sired 19 pups that were tested by NAVHDA (North American Versatile Hunting Dog Association) in the Natural Ability, Utility, and Invitational tests, with the following results:

0
In addition to Flatbrook Walker's progeny tested in NAVHDA trials, he has also sired a pup who passed the AKC Master Hunter test at 19 months old.
Reserve Your Puppy 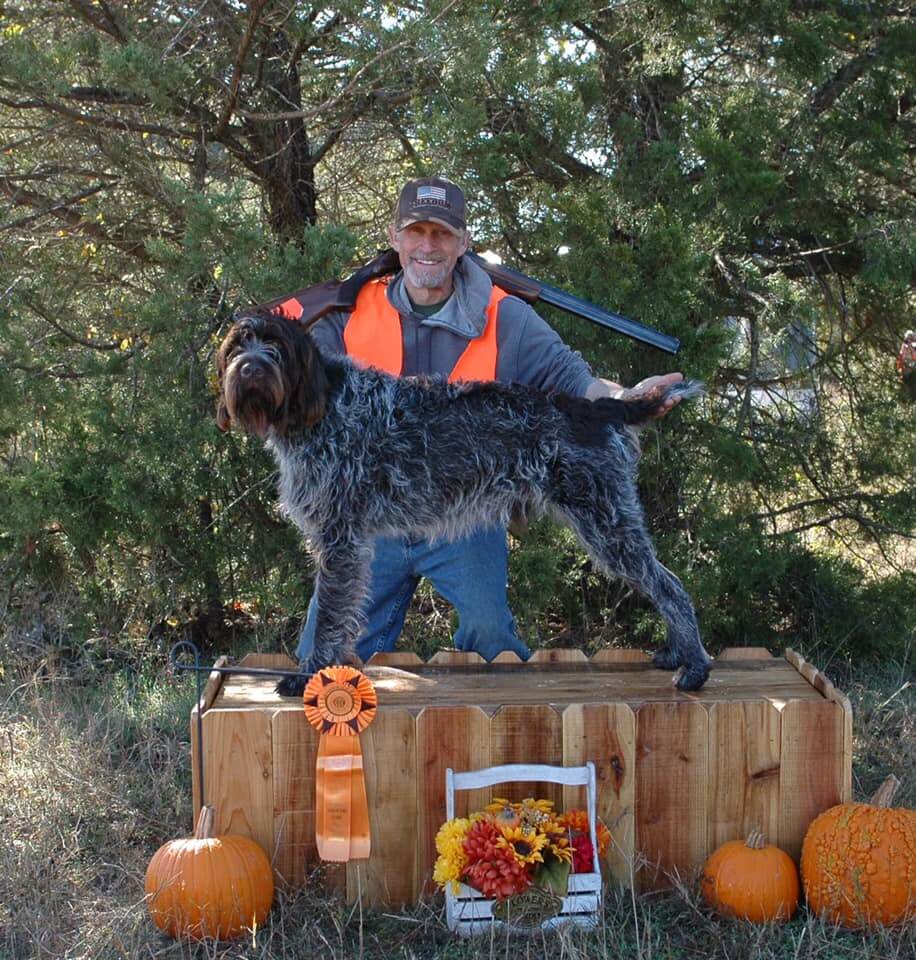 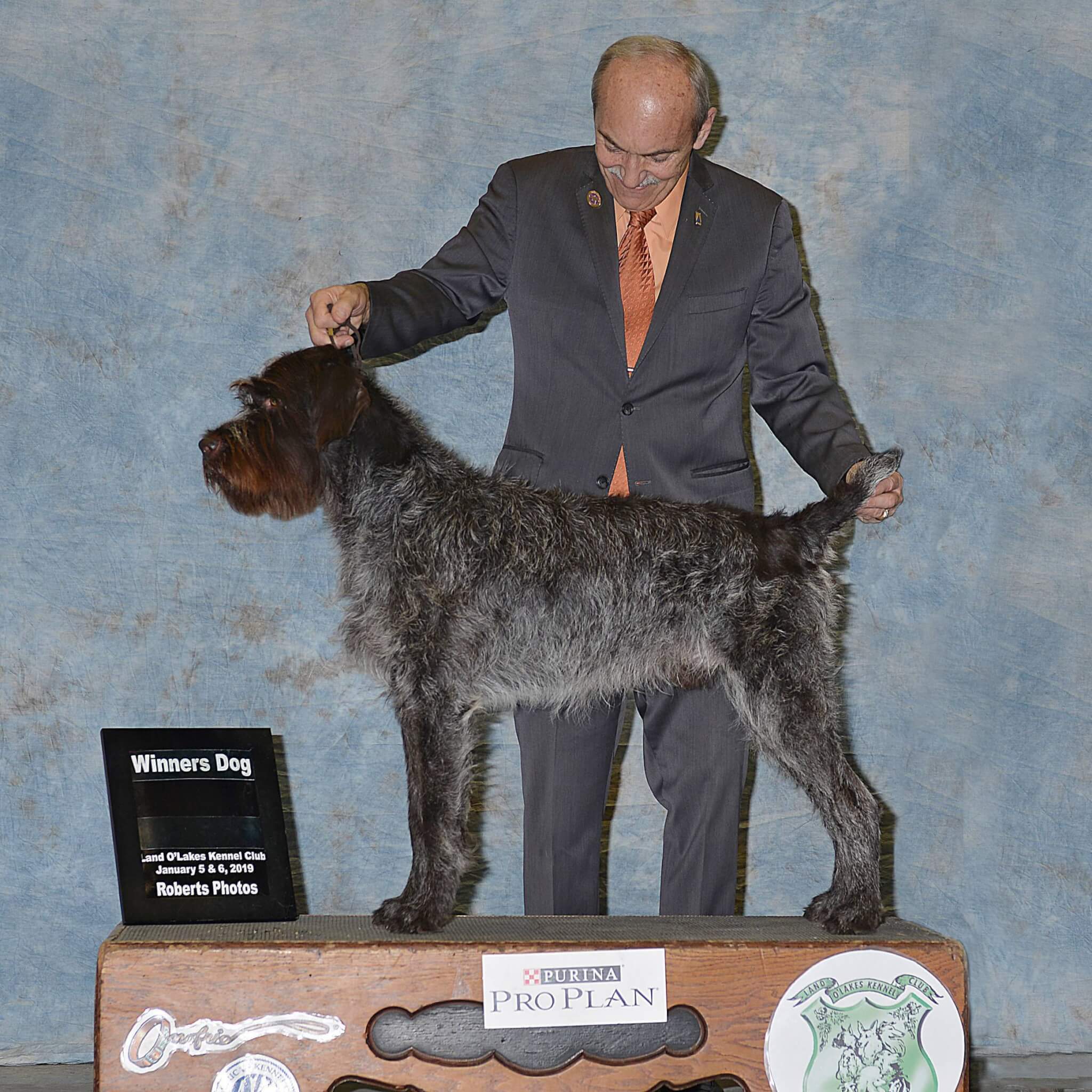 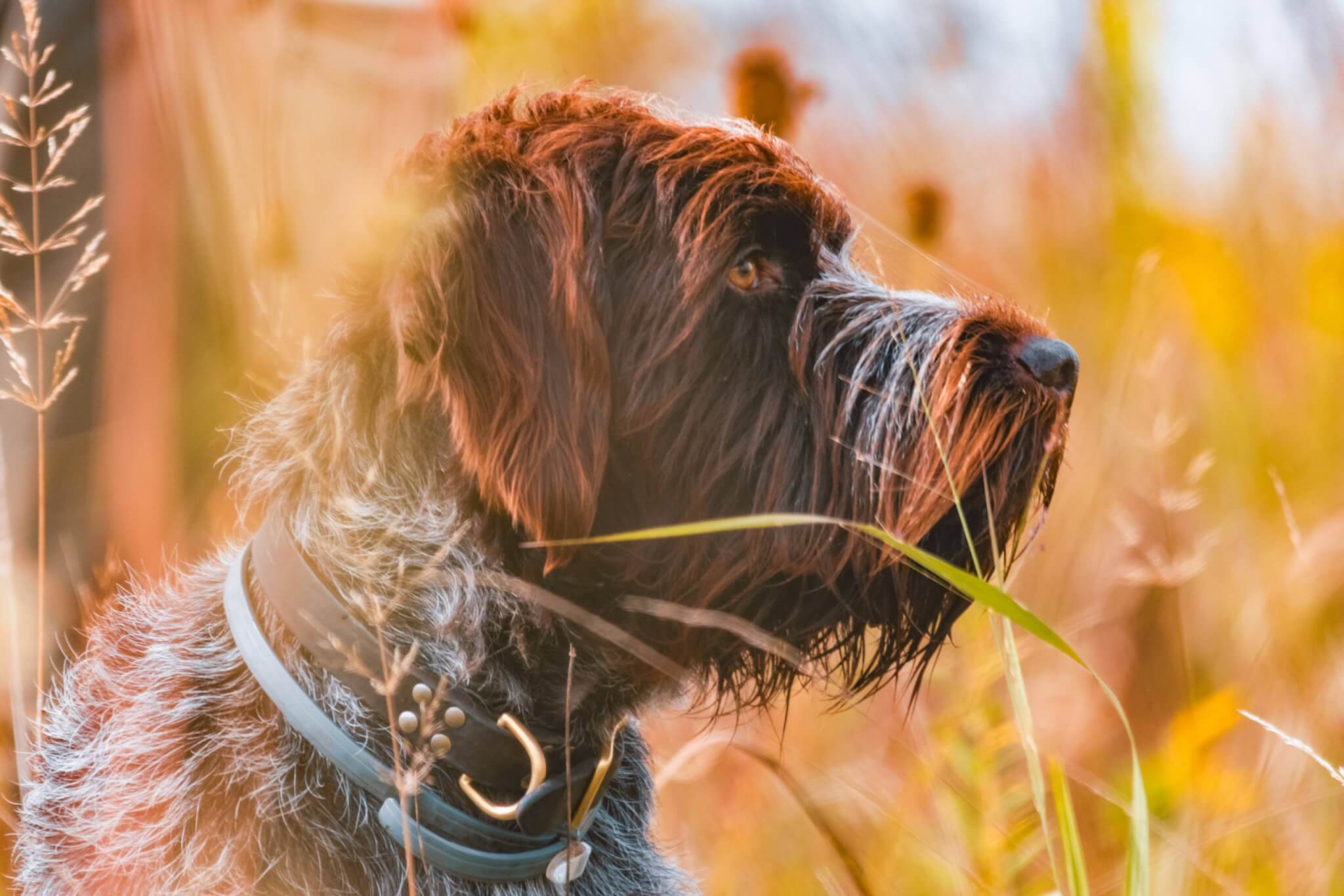 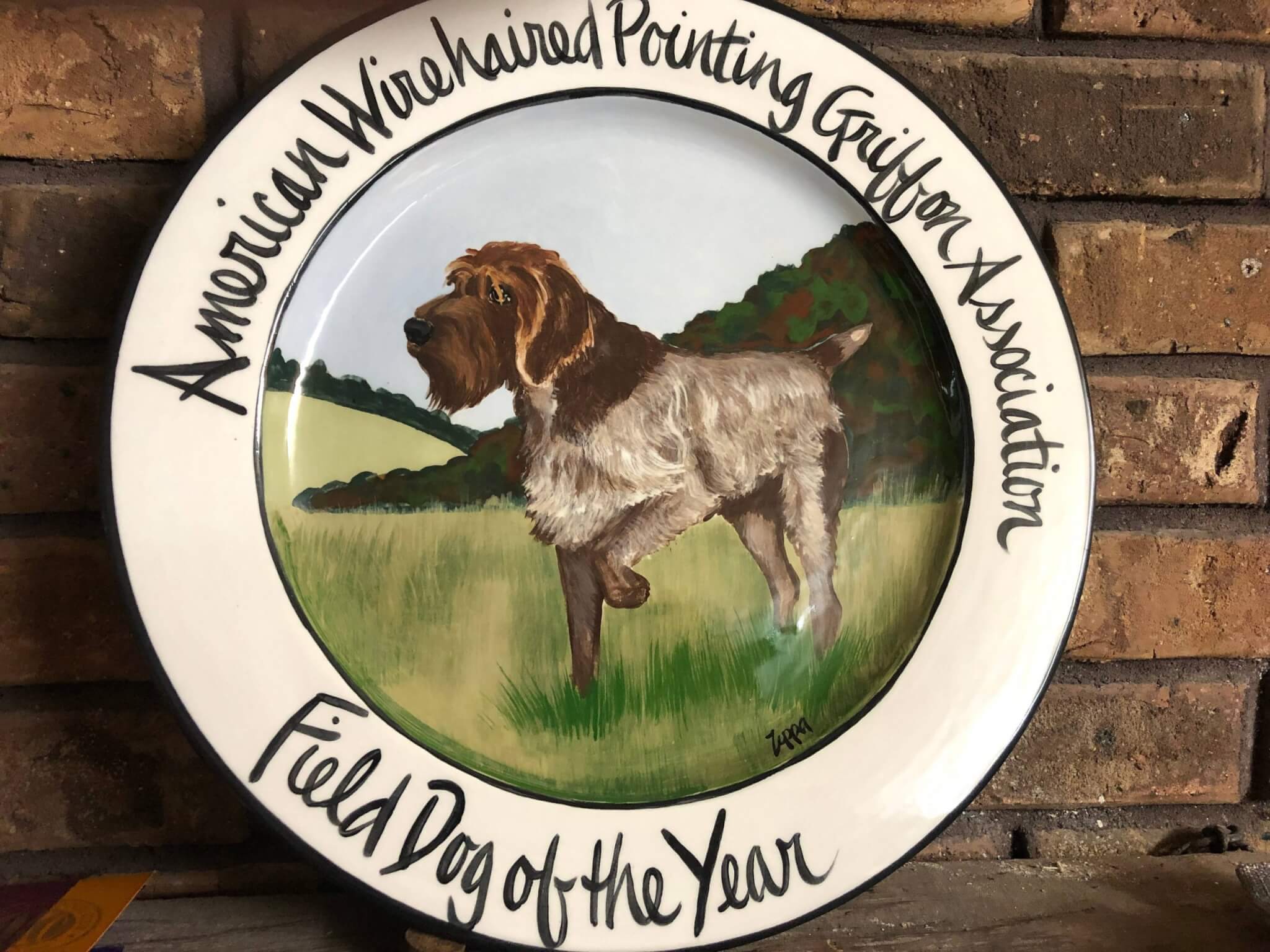 The first bird season with a dog are full of good and bad but all part of an incredible journey. This is Creative Director of Project Upland, A.J. DeRosa's first season with his Wirehaired Pointing Griffon.

The price of our pups is $3,500. This is due to the pedigree, confirmation, and hunting awards of the sire; the lengths we go to for successful breeding; and the intentional time we spend with the pups every day for 10 weeks. Please see what is included on our Puppies page.

If you're looking for an amazing hunting partner and companion, we'd love to speak with you.